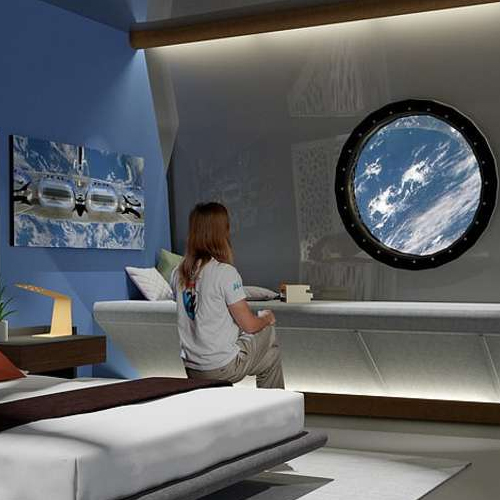 Although the idea of space tourism may seem absurd, proposals to launch people into space as a holiday rather than a profession are already in the works.

According to Interesting Engineering, Orbital Assembly, a major space construction firm, revealed this year in a virtual event on its YouTube channel that it was on track to start construction on the world’s (er, galaxy’s) first space hotel by 2026.

The coronavirus pandemic, according to John Blincow, CEO of Orbital Assembly, may ultimately push back the construction start date from its original prediction of 2025. However, he estimates that the construction of Voyager Station, the commercial space station that would house the hotel, will take just a year or two.

“When it begins, it will happen quickly,” Blincow predicted. “And we assume it will happen often, even before the first one is completed. We’ve found customers for other stations because they’re extremely profitable.”

Tourists will have to go through some training (both safety and physical) before boarding the SpaceX Starship shuttle to Voyager Station, which can hold 280 passengers and 112 crew members. People travelling solely for the purpose of space tourism, scientists conducting low-gravity experiments, and service industry professionals doing what they do best — but in space — will all be included. Blincow wants to partner with world-renowned chefs who will have the opportunity to create out (electric and fire-free) kitchens for the space station.

“This is a watershed moment,” Blincow said. “You’re going to have some of the best chefs in the world cooking very, really good food for you. It’s not going to be burgers and fries when you spend $5 million to go somewhere.”

Blincow isn’t exaggerating when he says this. For around 312 days orbiting the Earth, a trip to the first space hotel could cost $5 million. The amount may seem exorbitant, but it is a fraction of the cost of other upcoming opportunities for private citizens — for example, the first private citizen spaceflight crew charged $55 million each for Axiom Space’s eight-day trip to the International Space Station.

The aim of the Voyager Station is to satisfy those who have expressed an interest in going, and to provide a more relaxed experience than what the International Space Station has to offer.

Tourists will not float through the spinning system like goo in a lava lamp, nor will they feel “moon-face,” the head pressure-inducing, sinus-clogging effect induced by microgravity’s effects on the body’s fluid distribution. Hotel guests will be able to sleep, eat, shower, and use the bathroom normally now that their fluids are where they should be, according to Blincow.

That isn’t to say that staying at the space hotel would be entirely natural. “When you leap in the air, you jump five times higher,” Blincow said because you’re in lunar gravity.

The gymnasium on Voyager Station, where space tourists can work out or play sports, is a good place to do the jumping. According to Blincow, the gymnasium will also serve as a place for rock stars and talk-show hosts to perform.

“We want Sting and Beyoncé to come up and play,” he said. “Every night, there will be two shows….” That’s included in the box of entertainment.”

The chance for hotel guests to leave Voyager Station and do a spacewalk, however, would be the real show-stealer. Over the years, astronauts have told Blincow that the trip is so amazing that they don’t want to return to Earth.

“The face plate is the only thing standing between you and the universe,” Blincow said. “It would be an extraordinary moment to go out there and look at the whole solar system and the Earth from the outside.”

According to Blincow, the possibility of the average person living in a space hotel does not seem far-fetched. The aim is to get the price down to a level that is more accessible to the middle class.

“The golden age of space travel will be when you and I will look forward to purchasing a ticket and travelling [to space],” Blincow said.

Travelers are ready for space tourism even at its present exorbitant cost. More than 600 people have put down deposits for Virgin Galactic’s forthcoming space opportunities, totaling more than $80 million, and thousands more are on the waiting list.

In 2018, Roman & Erica, a luxury travel agency, began partnering with Axiom Space to find people willing to pay the astronomical cost of space tourism. Roman Chiporukha, the co-founder of the travel firm, said his clients laughed off the chance before the pandemic. However, after seeing how unpredictable life can be, the offer didn’t seem so insane.

“Now I’m having discussions with people like, ‘Oh, that’s really interesting.’ What is the duration of the training? What is the best place for me to train? What’s the status of the deposit? Do I have to pay the $55 million up front or in instalments?” Chiporukha’s clients pay annual membership fees ranging from $62,500 to $180,000, according to him.

“This is just going to get bigger and better as time goes on.”

View GNSS Satellites Near You